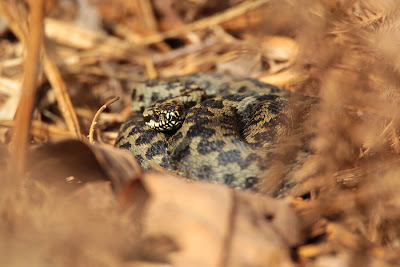 Last year I made a date to get to the Forest of Dean and catch up with adders in early March. It was not long before I found one but it did not allow me to get at all close and slunk away. A cup of coffee later though and it was back in the same place. I used the long lens to get the shot without disturbance and was pleased that I had something to go home with. 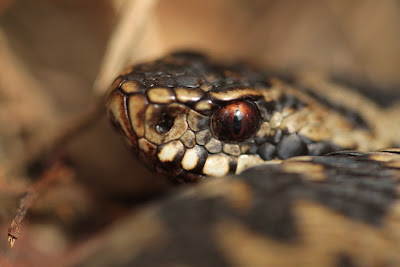 It was a bonus therefore that I then found a second snake that seemed entirely tolerant of my camera and allowed me to within a few centimeters without moving at all! I was pleased to see the real detail but would still like some more images so will aim to get back there again in the future.